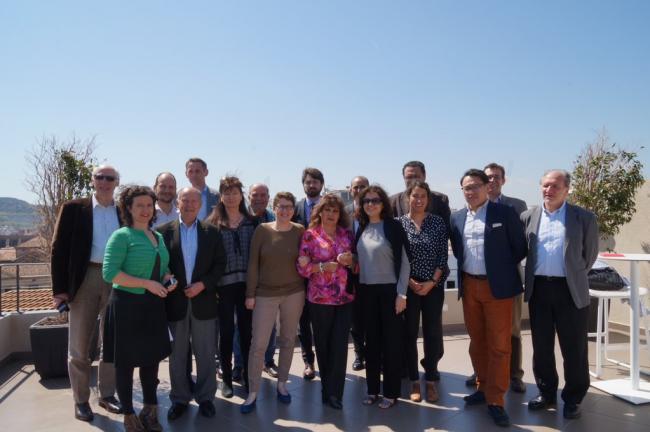 The workshop that gathered together in Barcelona, from April 5 to 8, 2016, around 20 experts from diverse backgrounds, takes place in the framework of a wider reflection conducted by UCLG / Committee on Local Finance for Development, to enrich the international advocacy in favor of mobilizing local resources for a sustainable urbanization.

Exchanges were based on a significant preliminary work in which each of the participants in the seminar have been involved over more than a year. This work has focused on local governments’ key resources, meaning:

The comparative look on the situation of local finance around the world, from the perspective of international experts and academics on one hand, and practical experts on-the-ground on the other hand (financial directors of cities) has contributed to enrich the debate on key issues for the effective implementation of local public policies. As we know that most of the investments necessary to reach the Sustainable Development Goals will be led by local authorities, we must question the effective capacities of the latter to meet this challenge. To what conditions can local governments mobilized the necessary amounts of financing? What is their degree of autonomy?

Acknowledging that there is not a unique model of local financing system to be promoted, as they are rooted in political, social, economic, historical and cultural contexts, the collective thinking has brought out the “fundamentals” and some main indicators of an effective and complete decentralization process. The experts broadly confirmed the set of recommendations brought by UCLG, while strengthening the arguments that underlie them:

Financial directors of cities participating in the study have welcomed this initiative as a great opportunity for exchanging thoughts and experiences. They considered that this type of seminar contributed in strengthening their respective capacities while producing knowledge. They wish to duplicate this experience at a bigger scale, including under the auspices of the observatory on local finance project of UCLG, and thereby to contribute to organizing "close encounters" of financial directors. Two projects have been discussed, one in Latin America and one in the Mediterranean area. The African network has for its part been the first to be created, and already has to its credit 4 regional encounters. Highly mobilized on the advocacy that they contribute to broadcasting at the national and international, they have expressed their wish to federate around a charter and to participate in the UCLG Congress that will take place in Bogota from October 12 to 15, 2016, as well as to the Habitat III Summit in Quito from October 17 to 20.

The final report of the study that framed this seminar will be published in July 2016, ahead of these two milestone events for local governments.

* The study is supported by the French Ministry of Foreign Affairs and International Development, the French Development Agency and the Moroccan General Directorate of Local Authorities, with support from the Tunisian General Directorate of Local Authorities, the OECD and the Ateliers de maitrise d’œuvre urbaine de Cergy Pontoise.