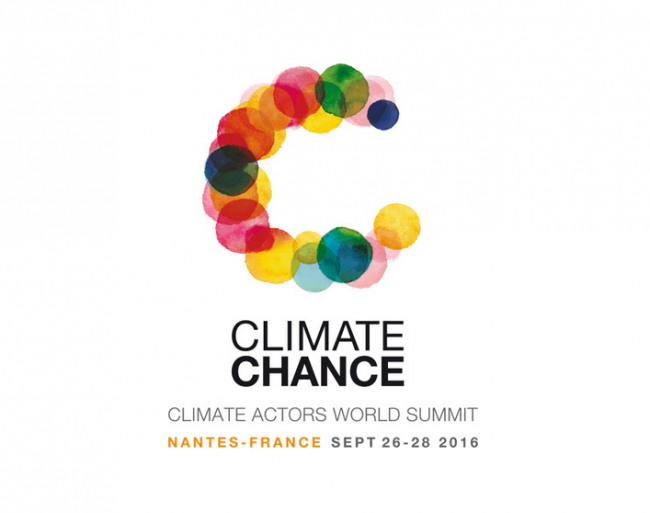 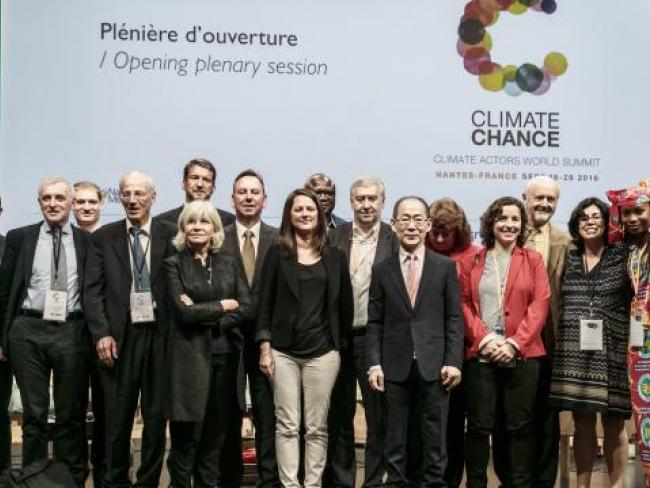 Nine months after the Climate Conference in Paris (COP21) and a few weeks ahead of the COP22 in Marrakech, Morocco, the first edition of the Climate Chance Summit has gathered, over three days, local governments, NGOs, representatives from trade unions, the scientific community and the business sectors, in order to exchange, discuss and pool their respective experiences, success stories and main challenges to go forward.

While the proliferation of extreme events nowadays highlights the speed of climate change, non-state actors have responded positively to this first edition, demonstrating their expectation of such opportunities to meet, but also their determination to assert their essential role in the fight for the climate. Over 3,000 people in total from 62 different nationalities attended this first edition of Climate Chance, exceeding the most optimistic expectations.

Organized around six plenary sessions, 16 thematic forums, 75 workshops, 10 focus sessions, 2 000 m2 of agora, and 8 days of entertainment in the city of Nantes, the debates advocated clearly for the need to take quick action: "We need action, action, action," insisted Armand Béouindé, Mayor of Ouagadougou (Burkina Faso) at the opening of the summit. A determination that was supported by the two climate-champions, missioned to maintain the momentum triggered by the December 2015 agreement:

• Laurence Tubiana, the French Ambassador for climate negotiations, welcomed the capacity of non-state actors "to make them more courageous States: The COP21 has been a success thanks to this fantastic coordination of non-state actors. This strategy is to be continued. "

• "Raising the 100 billion and clarify their assignment will be a major challenge for the COP22. Marrakech will be the COP for action and innovation in the financial roadmap”, promised Hakima El Haite, Minister of Environment of Morocco.

This will determine the credibility of the Paris agreement. The most vulnerable countries expect commitments ... allocations. […] As they are essential for all these unprofitable investments that will benefit the most vulnerable populations, these funds must be made available in the form of grants, not as loans" has the representative of Oxfam France stressed, relaying a message widely shared by non-state actors.

As of today, the flows of financing available for adaptation to climate change primarily provides support for large-scale projects and national organizations, and neglects the local level, considered more risky. "Fund managers have a financial way of thinking. Yet we must bring resources towards the local level. And this is possible without the funds being diverted, by involving local stakeholders in defining the needs, designing solutions such as performance and evaluation criteria" insists Luc Gnacadja, member of the Board of Directors of the Local Climate Adaptive Living Fund's.

The theme coalition dedicated to the issue of financing has also highlighted the worrying disconnect between the needs and funding available to non-state actors. We must first convince member-states to provide an enabling environment for the mobilization of local resources and, secondly, examine business models in place and the ability of modern finance to reconcile short-term high performance requirements with long-term investments, whose performance can be primarily assessed through positive externalities. Non-state actors’ access to climate funds is of course essential, but this is not enough: we must therefore find the levers that will enable them to rely on climate finance, in order to channeling towards the local level the amounts of global savings, as they could be sufficient to meet the challenges of sustainable development of territories.

Six weeks ahead of the COP22 in Marrakech, non-state actors, ready for battle, have signed a joint statement, the "Nantes Declaration," which urges States to go further into action to achieve the objectives set at the COP21, and to submit very concrete proposals to achieve these objectives, including through a decentralized approach, which cannot be implemented without an easy access of local authorities to climate funds, particularly in developing countries (adaptation fund, green climate fund, global environment fund ...).

“The message is clear, says Ronan Dantec, President of the Climate Chance Association and UCLG spokesperson on climate: "There is no longer time for statements, but for action. And action today happens at the local scale. States cannot let the civil society aside, and Climate Chance proves that its representatives are there mobilized to help achieving these goals. "

Building on the success of this first edition, Climate Chance is now well-established in the climate agenda, with a second edition already scheduled in Morocco in the autumn 2017..